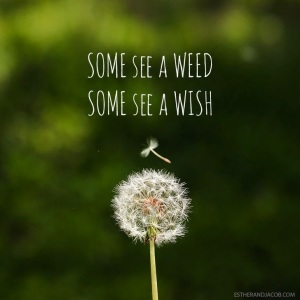 Don’t just make a wish, turn your own luck around by making some changes. Happy St. Patty’s Day! “Everyone knows that choosing the right foods is important to staying healthy, but fewer people understand that when they eat also has a significant impact on their wellbeing. A new study conducted by San Diego State University and the Salk Institute for Biological Studies found that adjusting meal times can help delay your heart’s aging process. While there’s no precise optimal time for eating per se, the study reinforces the idea that people should eat dinner sooner rather than later. While some people’s jobs and commitments make it difficult to schedule dinner early, there’s a secondary take away that can be just as useful: ditch the late night snacks… even the supposedly “healthier” ones. Your heart and body are better off when you give your digestive process the night off, so just go to sleep and wait until breakfast. Researchers reached their conclusions by feeding two groups of fruit flies on different schedules. The flies that had a 12-hour feeding period/12-hour fasting period showed such better signs of heart health over the flies with a less restricted diet that scientists were initially concerned they had mixed up the test flies with younger flies. To make sure, the researchers repeated the study multiple times and verified that the eating schedule had a remarkable impact on the apparent age of the flies’ hearts. Because the test subjects were fruit flies, that means a longitudinal study using humans would be necessary to solidify the findings. However, scientists have long agreed that fruit flies are the “model organism” for studying human diseases, making the current findings likely indicative of how human hearts would respond to similar conditions. Besides, you don’t need this study in particular to encourage you to make your dinner reservations sooner. While this study is the first to look at how someone’s dietary schedule affects the relative age of his or her heart, there are other studies that show eating earlier has other health perks, too. Just a couple of years ago, another study found that people who ate food earlier in the day lost more weigh than those who ate the same amount of calories later in the day. Apparently, your metabolism works better when you’re awake and fresh than when you are tired or sleeping. Returning to the SDSU study, although it appears that younger people will benefit the most from making this dietary change, older adults aren’t excluded from its advantages either. Researchers decided to try the same experiment on older fruit flies and found that their hearts quickly became healthier, as well. Maybe those seniors seeking out early-bird suppers have always known something that we don’t!” From “What Time Is the Healthiest Time to Eat Dinner?” By Kevin Mathews