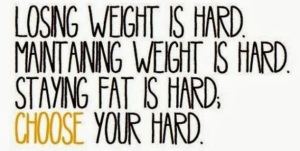 83. Take a real hard look at your gut. Maybe you need some probiotic supplementation to get that bacteria back in balance. Shaklee’s “Optiflora” to the rescue! “The Real Reason Diets Don’t Work” By Joe Leech “A quick search for weight loss books on Amazon brings up 9,319 results, including Wheatbelly, the Paleo Diet and the Lemon Detox Diet. If those diets actually worked, would we continually want new ones? The fact of the matter is that diets are designed to fail you. Of all the dieters worldwide, only 1 in every 20 will see it work for them over the long-run. 95 percent of dieters are left feeling frustrated and miserable, back to where they started (if not worse off). Is it that 95 percent of us lack the willpower or discipline to simply stick to a change in eating habits? Or is there more to it than meets the eye–something more scientific? The Real Reason Diets Don‘t Work The reason diets don’t work for you is probably not because you’re lacking willpower and discipline. It might actually be because of something more physiological that is almost totally out of your control. Scientists have discovered the nerves in the stomach that signal fullness to the brain appear to be desensitized after long-term consumption of a high-fat diet, or fat from processed foods, to be more specific. Researchers believe this could be the key reason why most dieters who lose weight eventually put that weight back on. “The stomach’s nerve response does not return to normal upon return to a normal diet,” said Associate Professor Amanda Page, lead author of the study. “This means you would need to eat more food before you felt the same degree of fullness as a healthy individual.” The study, published in the July issue of the International Journal of Obesity, also noted that the “appetite-supressing” hormone leptin can change the sensitivity of the stomach nerves that signal fullness. Page said: “In normal conditions, leptin acts to stop food intake. However, in the stomach in high-fat diet induced obesity, leptin further desensitizes the nerves that detect fullness.” Combine these two mechanisms, and you can see that obese people may need to eat more in order to feel full, which feeds back into the cycle of obesity and weight fluctuation. The Intimate Relationship With Fat So how are the stomach nerves getting desensitized? The growing belief is that it is very closely related to an individual’s microbiome, which is the natural bacteria living in your large intestine. When we are home to a poor diversity of gut bacteria, there is believed to be a breakdown in the “crosstalk” between the microbes in the gut and other cells involved in the immune system and metabolic processes. This leads to long-term inflammation, which causes obesity and chronic disease. “The human gut plays a huge role in immune function,” said Dr. Natalia Shulzhenko, author of a new report in Clinical Reviews in Allergy and Immunology. “This is little appreciated by people who think its only role is digestion. The combined number of genes in the microbiota genome is 150 times larger than the person in which they reside. They do help us digest food, but they do a lot more than that.” It’s only very recently that new genomic techniques have allowed scientists to study our gut microbiome in detail. Once researchers have a better idea of what makes up a community of healthy bacteria in the gut, health professionals will be able to personalize therapies to restore that balance. In fact, many specialists are now predicting the future of healthcare to include diagnosis of an individual’s microbiome, which will determine the next-generation of probiotics, such as yogurt or sauerkraut, that you’ll need to add to your diet in order to treat or prevent disease and obesity. This Is No Excuse Poor gut bacteria is certainly not an excuse to use for not taking care of your metabolic health. In fact, it should be used in much the opposite way, as a form of drive and inspiration. We’re now beginning to understand the intimate relationship bacteria has with weight gain and obesity, so you can use this to your advantage. By eating a diverse range of natural foods, instead of processed foods, and restoring balance with a regular natural probiotic, you’ll be able to improve the diversity of your gut microflora. It’s at this point that your body will be most willing to adapt to a healthier eating pattern, one that you can sustain for the long-haul.”